An early interest in boats (or yachts) that travel fast set the tone for the types of boat we have designed at RMYD since 1984. We have been lucky to attract owners who really use their boats to fulfill their dreams. I have always enjoyed working with experienced owners; and almost by definition, these are owners who cannot find their ‘ideal’ boat in the field of production boats or of used custom boats. Our delight is in the design of finely balanced, cleanly designed, responsive boats that are pleasing to all senses. We think of Naval Architecture as art. It is essential to us that our designs reflect the dreams, demands & ultimate needs of their owners, rather than foisting our preferences on them. This has been successful in that several of our clients have become life long friends, beyond the relationship forged by the creation of a boat together.

Our goal has always been to design boats for sailors – boats that are built accurately and beautifully, and used well. I did not know when I started this design business in 1984, that it would be the clients – the people I dealt with, that would bring the greatest pleasure. I had thought it would be the boats themselves. Rather, it is the combination that is made when sailors use boats to achieve their greatest dreams & adventures that provides a deeply satisfying magic to both designer and owner. 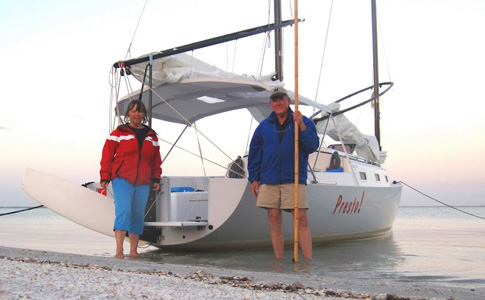 Rodger grew up in South Africa, where he started messing about with boats at an early age. He owned several dinghies and sailed in Durban and Johannesburg, and formed a sailing club at St John’s College. After school, he spent a year in the bush in Botswana & South West Africa, hunting & working for a geological company, looking for the Lost Vein of the Congo Copper Belt. The intoxicating environment of the Great African Bush engendered dreams of blue seas & palm beaches, & Rodger returned to the fleshpots of civilization (Johannesburg) driven to seek the increasingly compulsive allure of excitement and adventure in the combination of travel, adventure & creative expression.

At every opportunity, Rodger sailed, made models, drew, wrote and adventured. In breaks between work as a photographer & Second Unit cameraman in the South African film industry (this was before television in South African which came in 1974) he joined yachts rounding the Cape of Good Hope seeking additional crew for that difficult coast. Deciding to adventure further, Rodger then joined a fellow South African who went to England to buy a 43 footer to sail around the World. He sailed in England in the ’73 Admirals Cup races and then cruised around Europe & the Mediterranean before crossing the Atlantic. Rodger left the circumnavigation for the lure of the Caribbean and the now Mrs. Martin, and began working on big boats.

Adventures in the States, the building of interesting small boats to his designs, and a return visit to South Africa reinforced the decision to pursue design as a profession and on return to the States he enrolled in the Westlawn School of Yacht Design and started learning the mechanics of yacht design in earnest.

In 1984, he was ready to go on his own, and started Rodger Martin Yacht Designs in Newport. Mike Plant was his first client. Mike’s Class victory in the 1986 BOC Single-handed Around the World Race on “Airco Distributor” gave the new designer the credibility he needed to fulfill his own enduring dreams of designing more boats! 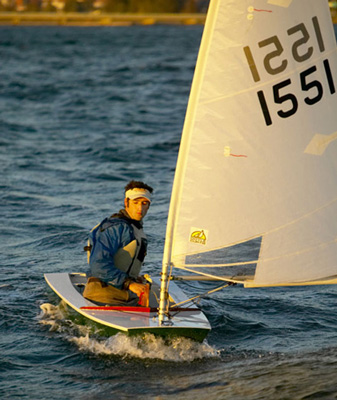 Ross’ love for boats started at an early age, building wooden models with his father. After learning to sail at summer camp he was hooked, and at 14 built his first boat, a Cape Cod Frosty class racing dinghy.

In 1994 Ross attended Brown University, majored in Civil Engineering, and raced avidly with the Sailing Team. He incorporated sailing theory into his design projects whenever he could, including a finite-element analysis of a centerboard and a minimum-weight design for a mast. Several courses in architectural history and visual art also opened Ross’ eye to the design world.

After graduating in 1998 Ross worked for Eric Goetz Custom Sailboats in Bristol, Rhode Island and built racing sculls. His next tenure as an engineer in a civil contracting firm provided useful experience in planning and scheduling projects.  After a couple years’ work a desire to return to working with boats prompted him to look into yacht design. After a summer spent crewing on Tall Ships he began study at the Landing School of Boatbuilding and Design in Kennebunk, Maine.

At the Landing School, Ross placed emphasis on aesthetics and developed skills to integrate engineering knowledge with boat structural design. He also expanded his drafting skills from hand drafting to computer-aided design in 2D and 3D. His designs represent an understanding of the important relationship between form and function.

Ross joined Rodger Martin Yacht Design in summer 2001. He is an avid sailor, surfer, and skier; in summer he races his International 110 Class sailboat and crews on sportboats and classic yachts.  In winter he frostbites the Cape Cod Frosty.  He coaches the Rogers High School ( Newport, RI) sailing team and currently lives with wife Holly and daughters Zoila and Aria. 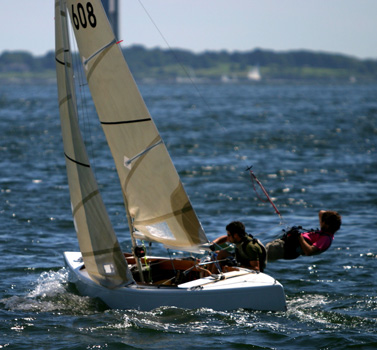